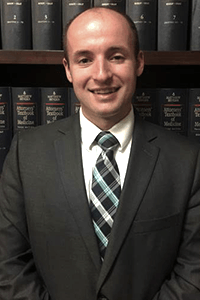 While at St. John's University School of Law, Andrew was the executive publications editor for the American Bankruptcy Institute Law Review. Additionally, Andrew was a legal intern for the Consumer Justice for the Elderly: Litigation Clinic, where he defended the elderly in foreclosure proceedings.