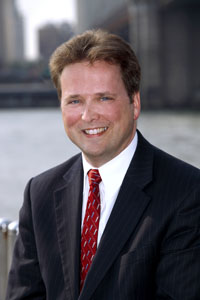 He received his undergraduate degree in History/Political Science from Mount Saint Mary College in 1993 and earned his juris doctorate degree in 1996 from Albany Law School. He is admitted to practice in the State of New York and in the United States Federal District Court for the Northern District of New York. He previously served as the representative for the Ulster County Bar Association in the House of Delegates for the New York State Bar Association.

For many years, he served as an Attorney Advisor for the Coleman High School Mock Trial Team. He is also a 4th degree member of the Knights of Columbus.  He is currently training for his black belt in judo.

Cahill has written three books.  The first, entitled Hauptmann's Ladder: A Step-by-Step Analysis of the Lindbergh Kidnapping, has been described as "the definitive examination of the Lindbergh case" and was awarded the Gold Medal prize as 2014 IndieFab True Crime Book of the Year.

His second book, Sidetracked, The Betrayal and Murder of Anna Kithcart, was awarded the Honorable Mention prize as 2017 IndieFab True Crime Book of the Year.

His third book, “The Aftermath: A Connor Phelan Novel” will be released soon.