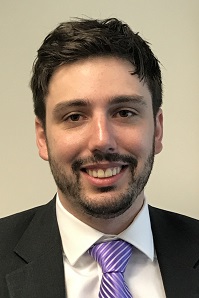 Robert Stanton has been with Pasternack Tilker Ziegler Walsh Stanton & Romano, LLP since June 2011, and he has been a practicing attorney with the firm since June of 2015. Robert earned a B.S. in Business Administration with a concentration in Financial Analysis and a B.A. in Psychology from SUNY: University at Buffalo in June of 2011. After graduating from SUNY Buffalo, Robert obtained his J.D. from St. John's University: School of Law in June of 2015, where he graduated Cum Laude and received the ABA/BNA Award for Excellence in the Study of Intellectual Property Law- Trademarks & Unfair Competition, St. Vincent De Paul Economic Justice Clinic Award, and a Pro Bono Service Award.

During his last year in law school, Robert was a member of the inaugural class of the Pro Bono Scholars Program. This program, developed by Chief Judge Jonathan Lippman, allowed qualified law students to take the New York Bar Exam during their third year of law school in return for 500 hours of full-time pro bono service. Robert completed his pro bono placement at the New York Legal Assistance Group (NYLAG), where he aided low-income and disabled New Yorkers in the process of obtaining and maintaining their SNAP, Medicaid, and cash benefits.