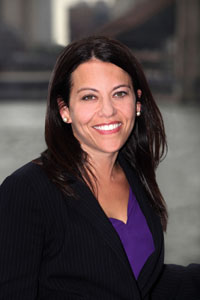 Stephanie L. Weiner received her undergraduate degree from the University at Albany in 1997 and later went on to earn her Juris Doctorate degree from Brooklyn Law School in 2000. A partner at Pasternack Tilker Ziegler Walsh Stanton & Romano, LLP since 2017, Ms. Weiner first joined the firm in 2003 after working as an attorney for the City of New York for three years. She has been part of the workers' compensation department since joining the firm and currently works out of the firm's Bronx office. Stephanie is a member of the Bronx chapter of the Women's Bar Association of the State of New York. She is also a member of the American Association for Justice and the Brooklyn Women's Bar Association.