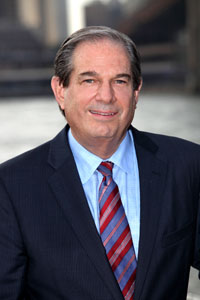 Victor Pasternack, Of Counsel, is the managing partner emeritus of Pasternack Tilker Ziegler Walsh Stanton and Romano, LLP, a firm concentrating in workers' compensation, Social Security disability, civil service pension, and personal injury. Mr. Pasternack brings over 41 years of experience in the field of workers' compensation law and is well known in the legal community for his expertise in this area.

He received his B.A. from Brooklyn College of the City University of New York in 1970 and his J.D. from Brooklyn Law School in 1975. He has been a member of the New York State Trial Lawyers Association since 1978 and has served on its Board of Directors since 1987. Now serving as an emeritus member, he has been elected deputy treasurer, treasurer and secretary of the association. In 1988, he received the Distinguished Service Award of the Association.

Mr. Pasternack has lectured widely on workers’ compensation topics, particularly before groups of trial lawyers and labor unions. He has been an adjunct professor of the Cornell University School of Industrial and Labor Relations teaching a course on workers’ compensation. He has also lectured at a workshop given for the Law Judges of the Workers’ Compensation Board. For the past twenty-seven years he been chosen to be the reporter and lecturer for the chapter on “Workers Compensation” at the “Decisions” program of the New York State Trial Lawyers Association, a yearly seminar widely attended by trial lawyers throughout the State of New York. He has also lectured at the Practicing Law Institute on Workers’ Compensation topics.

He is also a member of the New York State Coalition for Occupational Safety and Health and has conducted workshops for union members through its workers’ compensation committee conferences. In 2012 he was elected a Fellow of the College of Workers Compensation Lawyers, an organization established to honor those attorneys who have distinguished themselves in their practice in the field of Workers Compensation. He is Lead Counsel Rated in workers compensation and Social Security and is a member of the Million Dollar Advocates Forum.

Mr. Pasternack has once again been named to the Super Lawyers list in the area of Workers’ Compensation for 2021 by Super Lawyers Magazine. This is the the twelfth time he has been so recognized. Mr. Pasternack is rated AV ®Preeminent by Martindale-Hubbell. 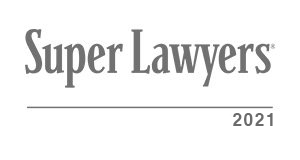