On the 15th Anniversary of 9/11, Some Good News for WTC First Responders 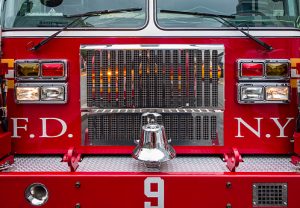 Last Sunday was the 15th Anniversary of one of the darkest days in our history. The attack on our nation at multiple locations marked a turning point in our world and changed our lives forever. On that day, almost 3,000 people were murdered with casualties at the Pentagon, in Shanksville, PA, and at the World Trade Center in New York. Once again this year I watched numerous retrospectives on the disaster and the ceremony of the reading of the names of those killed in the attacks.

Now 15 years later our emotions still run high, but so does the toll it has taken on our nation, and in particular, our First Responders and those involved in the clean-up operations. CBS News recently reported that there have been more than 5,000 cases of cancer linked to the poisonous dust surrounding New York City during the days and weeks following the attack. Unfortunately, many of the illnesses striking these workers are slow starting and may not manifest themselves until many years later. It is therefore imperative that the future health and welfare of these brave men and women be given great consideration.

We are beyond pleased that Governor Cuomo just signed legislation to ensure benefits for 9/11 workers and volunteers.  The new law, sponsored by Assemblymen Peter J. Abbate and Assemblyman Phillip Goldfeder and Senator Martin Goldin, extends the deadline to register under the WTC Disability Law until September 11, 2018, for workers and volunteers seeking lost wages and medical benefits as a result of their involvement in the September 11th rescue, recovery, and clean-up operations.

Right after the collapse of the Twin Towers, First Responders were joined by workers and volunteers to assist in removing tons of steel, concrete, and other debris. The term "bucket brigade" was reinvigorated to represent the methodical and cautious removal of debris to safeguard any victims who were trapped. Some of the illnesses caused by the fallout include respiratory issues, mental health issues, and cancer, including prostate, thyroid, leukemia, and multiple myeloma.

Additionally, there is more good news about the James L. Zadroga 9/11 Health and Compensation Act signed into law on January 22, 2011, which reactivated the September 11th Victim Compensation Fund.  This fund provides monetary compensation for individuals who suffered physical harm or were killed in the initial attack, or as a result of the debris removal efforts, and is overseen by a Special Master appointed by the Attorney General. There are deadlines to register and there are deadlines to file your forms. This program - originally set to expire on October 3, 2016 - was extended and allows individuals to submit their claims until December 18, 2020. Also, the WTC Health program, which has both a responder and survivor program, provides screening and medical treatment for 9/11-related health conditions. This legislation provides continued funding for the WTC Health Registry that tracks the health of more than 71,000 impacted by the attack. This program also was extended and will provide medical coverage for the next 75 years for those affected.

While we are pleased that our government sees fit to take care of our First Responders and workers, it should not be a constant battle to obtain these benefits. They suffer now because they went in without hesitation to try to save lives and then to get our city and our country up and running. This is not a handout. They are entitled not only to our love and admiration, but our assurance that they and their families will be taken care of medically by their grateful country.