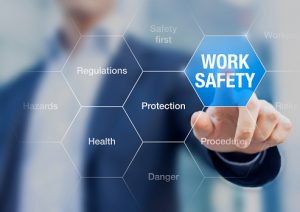 The gathering was more than just a memorial, according to New York Daily News. Workers were also demanding action on a bill that has been submitted to help improve construction safety in the city to reduce the risk that deaths or serious injuries will occur on construction sites.

Apprenticeship Program Could Reduce the Rate of Accidents on Construction Sites

The bill would enhance training requirements for construction workers to improve workplace safety. It was introduced by Jumaane Williams, who is the Housing and Building Committee Chair, and by a Council Member on the New York City Council, and it is supported by the Manhattan Bureau President. It would establish a new apprenticeship training program. Many construction workers are supporting it as a part of their "urgent call for action to help prevent future job-site fatalities."

Workers who are in unions within New York already undergo extensive training and must pass rigorous training programs that are under the oversight of the New York State Department of Labor. Under the current rules and regulations, there are no comparable intensive training requirements within the private sector, so non-unionized construction sites may not have workers who are as well-trained. The New York Daily News indicates that on-the-job safety records of the union workers with this enhanced training demonstrate that proper training can save lives.

The death rate is significantly different for union worksites versus non-union worksites, based on research that was conducted by the New York Committee for Occupational Safety and Health (NYCOSH). NYCOSH discovered that as many as 80 percent of the recent fatalities on construction sites occurred on job sites that were not unionized.

As bad as these statistics seem on the surface, the data becomes even more horrifying when looking at the percentage of construction projects that are actually done by non-union workers. Roughly 25 percent of all construction sites around New York City are non-union sites, yet 80 percent of the fatalities happened at these sites.

Alongside the fact that these sites were not staffed by union-trained construction workers, they also were not maintained in a safe way. Up to 90 percent of the construction sites where fatalities had occurred during the 2015 to 2016 period had at least one safety violation.