Most people don't give much thought to their daily commute. However, if you are injured on your way to work, you may have a difficult time getting workers' compensation in New York. That is in large part due to the "coming-and-going" rule.

This is a common law principle holding that if you are coming or going from a routine work commute, your employer isn't benefiting from this. Therefore, your actions aren't deemed to be in the course and scope of employment. 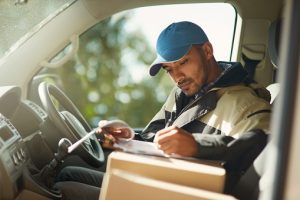 As noted in the 1995 decision of Matter of Neacosia v. New York Power Authority  by the N.Y. App. Div. 3d, accidents that happen on the way to work are generally not considered to be in the course of employment. In that same case, the court ruled that in considering whether an action occurs in the scope of employment - or whether the activity is purely personal - is to determine whether the act was sufficiently related to work.

However, as our New York City workers' compensation lawyers can explain, this rule is not absolute. There are numerous exceptions that may be applicable in your situation. Determining whether you may have a viable claim will take a consultation with an experienced attorney.

Exceptions to Coming and Going

While injuries that occur during a routine commute may not be compensable, there are many cases in New York wherein an exception to this rule has been identified and applied.

One of the most common exceptions is one that involves a "special mission." This is one that involves an errand or some other trip that benefits the employer. For example, if your boss asks you to pick up coffee for the office on your way in to work and you are in an accident at that time, this may be deemed part of the "special mission" exception. Note that in this situation, if the other driver was at-fault, you would likely be able to collect workers' compensation and pursue a personal injury claim against the other motorist.

Courts have also allowed exceptions in cases where employees were operating a company-owned vehicle at the time of the commute.

Other exceptions have been allowed in cases where a worker is deemed a "traveling employee." Many workers these days carry out their actual work off-site, and may only report to a fixed location occasionally. Some examples might include:

In these cases, if you report straight to one of these other destinations, you may be entitled to benefits while on your way into work - even if you weren't being paid during your commute. If you are paid for your commute time, you may also be entitled to workers' compensation.

Another exception is one sometimes referred to as the "continuous coverage" exception. When an employee travels overnight at the employer's behest, even injuries that occurred during "down time" and not actual travel might be considered to be in the course and scope of employment.

Workers who run personal errands during the work day may or may not be entitled to benefits, depending on the individual circumstances.

You Need an Attorney

While we recommend all workers' compensation claimants who suffered serious injury to consult with an attorney, those injured during a commute will need to seek a lawyer who is skilled and experienced. These cases likely will not be simple or straightforward, and will require a legal team willing to delve into the often laborious process of providing evidence to support the assertion that the injury was covered.