What Happens if an Independent Contractor Gets Hurt On-the-Job in New York? 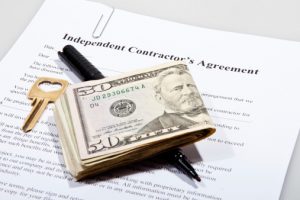 Workers' compensation laws provide broad protection to workers by ensuring that any worker hurt while performing work tasks may file a civil lawsuit. A worker who is employed by a company should have their medical bills paid and should be eligible for certain benefits, including disability compensation, even if the employee gets hurt and the cause was in no part attributable to negligence on the part of the employer.

Whether or not you are an independent contractor is not necessarily determined on the basis of what an employer says you are; there are many different factors to consider to correctly determine your status.

What if You Get Hurt On-the-Job as an Independent Contractor?

The industry that you are in matters when it comes to determining if you are an independent contractor or not. The Construction Industry Fair Play Act, signed into law in 2010, amended New York workers' compensation and labor laws to establish the presumption that anyone working within the construction industry is an employee and not an independent contractor. This means if you are a construction worker, it is assumed you should be considered an employee and your employer will have to specifically prove you aren't.

Your level of control and independence also matter a lot in all industries. The more control you have over the work that you are performing, the greater the chances that you will be seen as an independent contractor rather than as an employee.

If you believe that you were incorrectly classified as an independent contractor and should have been classified as an employee, it is important to talk with an attorney who can help you to fight for benefits after a work injury, regardless of whether your employer's negligence played a role in causing the injury to occur or not.

If you were not incorrectly classified as an independent contractor, then you are not generally going to be covered by workers' comp benefits. You will need to consider pursuing a civil lawsuit if you were hurt and you believe that your injuries occurred as a direct result of negligence or a failure to follow safety laws.