A Need for Federal Safety Regulations at Theme Parks 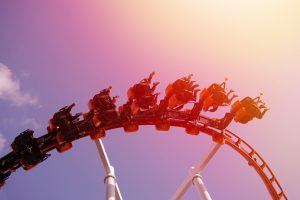 During the next couple of weeks, many of our children will be heading back to school. Some teachers will instruct their students to write an essay about what they did on their summer vacations. I am sure many students had vacation plans that included traveling to theme parks, recreation areas, and water parks. These young people will write of the wonderful time they had enjoying the rides and attractions and spending fun times with their families. Unfortunately though, there is no guarantee that a visit to these fun places will end safely.

This summer the country was rocked by a number of tragic stories starting in June when a young boy playing near the edge of a lake at a Disney resort was grabbed by the head by an alligator and dragged into the water. His father and a nearby lifeguard frantically fought with the alligator, but they were unable to free the child, who was subsequently found dead. While the beach near the lake did have "no swimming" signs posted, it made no difference as it seems the child was not even in the water at the time of the attack. The fact that they heeded the warning signs is little solace to the family who had to witness this tragedy unfold.

Last week a man was found at the bottom of a pool in a Washington water park. It appears that the man drowned despite the presence of lifeguards on duty at the pool and the death was ruled an accident.  A couple of weeks prior brought the horrific death of the 10-year-old boy at Schlitterbahn Waterpark in Kansas City, Kansas.

Fodor's Travel has listed this park as one of the 10 best water parks in the United States and has garnered a lot of publicity for the ride known as Verruckt - German for crazy. It boasts a ride in a raft that plummets 15 stories at speeds reaching 70 miles per hour. The park bills the Verruckt as the world's tallest waterslide, as certified by Guinness World Records in 2014. Its website lists the typical safety warnings as well as height and weight requirements that must be met. Unfortunately, these warnings were for naught as it appears the 10-year-old was decapitated while on the Verruckt water slide. The investigation is ongoing and in the meantime the ride remains closed.

Many critics feel that the lack of a federal standard creates safety issues, as some states may be more rigorous in their inspections than others. The amusement park industry has long lobbied against federal oversight, citing the high cost that would be borne by taxpayers. According to a recent article published by The Denver Post, Kansas is one of the states with light regulation, so while it mandates annual inspections, it relies on the park to hire its own private inspectors. It remains to be seen whether this lack of rigorous oversight contributed to the child's death. No one ever expects to have a day of fun end in tragedy, but even worse is a tragedy that could have been avoided.

Catherine M. Stanton is a senior partner in the law firm of Pasternack Tilker Ziegler Walsh Stanton & Romano, LLP. She focuses on the area of Workers' Compensation, having helped thousands of injured workers navigate a highly complex system and obtain all the benefits to which they were entitled. Ms. Stanton has been honored as a New York Super Lawyer, is the past president of the New York Workers' Compensation Bar Association, the immediate past president of the Workers' Injury Law and Advocacy  Group, and is an officer in several organizations dedicated to injured workers and their families. She can be reached at 800.692.3717.