Every year, government regulatory agencies must make decisions about which safety rules to pursue, and which to abandon. While this is a necessary fact of life for agencies with limited resources, it nonetheless leaves workers exposed to unnecessary dangers in the workplace. In recent months of a changing political climate, there have been even fewer regulations. 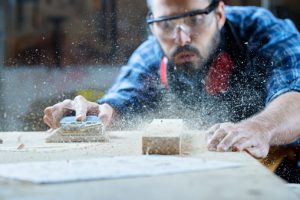 Those who do suffer on-the-job injuries would be wise to explore benefits through workers' compensation, which can cover costs for medical expenses, a portion of lost wages and more.

On July 20, 2017, the Occupational Safety and Health Administration announced its spring regulatory agenda. The agenda was closely aligned with President Donald Trump's stated policies of fewer worker safety regulations throughout America. According to Bloomberg's Bureau of National Affairs, the following proposed regulations have been abandoned entirely, with no replacement rules in any state of proposal:

Other rules have been moved to the "long term action list," which indicates they have little chance of moving forward. These include: emergency response and preparedness regulations; protections for infectious diseases in healthcare settings; and a series of fixes for cranes and derricks in construction sites.

Ineffective - or worse, nonexistent - regulations cause much damage beyond employee injuries. The economic costs of healthcare bills and lost wages hurt employers, as well. Rising premiums for workers compensation insurance can outpace the savings of a hasty workplace safety program. And employees whose job must be replaced due to permanent injuries or death bring their employers the added expense of turnover. Yet business advocates seem largely impervious to these economic realities.

"This suggests the Agency [OSHA] is taking a responsible approach to regulating and trying to focus on those areas where there is the most need," claims Marc Freedman, who is the executive director for labor law policy at the United States Chamber of Commerce. Such statements ignore the very real public health risks of, for example, infectious diseases - a health risk which is immune to politics or rules. Such a health risk will endanger hospital staff, patients, the public, and politicians alike.

Regardless of the state of current politics or federal regulation, employers are wise to protect themselves from liability by ensuring that their employees are reasonably protected against all foreseeable health risks. Not only will employers see benefits in the form of reduced turnover, but their risk management rating can be lowered, thereby reducing insurance premiums. Moreover, the New York Workers' Compensation Code makes specific provisions for safety in the workplace. Employers which do not follow these laws are subject to regulatory penalties (such as suspension of a business license), fines, civil lawsuits, and even criminal charges.

Employees, too, should do their part to ensure they are in a safe working environment. Make your employer aware of long-term or systemic problems. Implement personal habits (such as hand washing and wearing non-slip shoes) which will reduce your risk of injury.  Be alert for safety risks, and rectify these hazards as soon as possible.

Injured employees have legal rights which must be protected. Contact a New York City workers' compensation attorney as soon as possible after any work-related accident.