A Look at Serious Illnesses Caused By Household Products 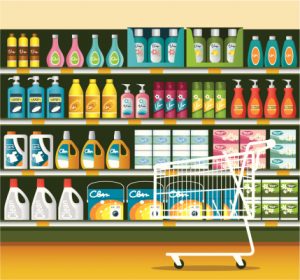 I recently read an article about a jury awarding millions of dollars to a woman who claimed her ovarian cancer was caused by daily use of talcum powder for feminine hygiene. When I was growing up, seeing talcum powder in the cabinet was as common as having band aids in the medicine cabinet or baking soda in the refrigerator. It was used by adults and on infants and most households probably had at least one container.

There have been studies supporting the conclusion that long-term, daily use of talcum powder may increase the risk of ovarian cancer, but the debate continues as to whether there is any connection. This was the second big verdict in a talcum powder case, and Johnson & Johnson, the defendant, has vowed an appeal.

The article, however, got me thinking about many of the modern conveniences, products, and medications we use that were touted as helpful and safe but eventually were deemed dangerous and potentially life-threatening. There were chemicals called phthalates that was commonly added to plastic products to make them soft. They was used in teething rings and rubber ducks, as well as shower curtains and nail polish. I shudder to think that I had these types of teething rings and would put them in the freezer to give my children when they were babies to alleviate their pain. Phthalates were banned after some studies showed serious, long-term side effects.

Thalidomide was originally marketed as a sleeping aid but was eventually prescribed by some obstetricians to alleviate morning sickness. The unknown side effect at the time was an interference with a baby's normal development that resulted in many being born with missing, shortened, or flipper-like limbs. While the drug still is used in the treatment of leprosy and some cancers, its use is strictly monitored.

My cabinets contain many antibacterial hand soaps, as they were touted as more effective in fighting germs and bacteria than regular soap. However, most of the chemicals used in antibacterial soap were just recently banned by the FDA in a final ruling last month. Companies no longer will be able to market their products containing ingredients such as triclosan and triclocarban as they have not been deemed safe for long-term daily use - though they can still be used in hospitals or food service settings. Fenphedra, commonly known as Fen Phen, was deemed a miracle drug in the battle to lose weight. Tragically, it caused pulmonary hypertension and heart valve abnormalities.

One of the most well-known products that was touted as safe - but we now know is not - was tobacco. In the early 20th Century, tobacco was provided to servicemen and marketed as alleviating stress during wartime. Tobacco use became so common that it was even included in soldiers' rations. After the Second World War, tobacco companies targeted woman with their marketing as a means to look sophisticated and lose weight. Unfortunately, we learned much later on that tobacco contains many ingredients known to cause cancer.

While the United States Food and Drug Administration is the government agency responsible for regulating food, dietary supplements, drugs, cosmetics, medical devices, biologics, and blood products in the United States, there are some products that either are not regulated or may initially seem safe.  As attorneys, we are asked to get involved after the injury occurs. While it obviously would be preferable if the injury had not occurred at all, anyone who thinks they might have been involved with a product that caused any type of ailment or illness should consult with an attorney immediately.