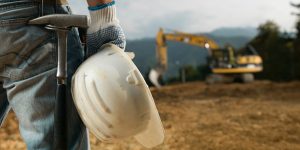 The trend of introducing drug formularies into state workers' compensation systems has become increasingly popular as the use and cost of prescription medications for injured workers has risen.

What is a Drug Formulary

There are a few different goals with drug formularies in workers' compensation cases. Those include:

Four of the 10 most expensive drugs listed by the NCCI are opioids, including oxycontin, oxycodone, Percocet and hydrocodone.

How Opioids Can Affect Those on Workers' Compensation

Opioid use across the country has grown to what some describe as "epidemic" proportions. The National Safety Council specifically studied the effect on workers' compensation claims. What they discovered was that opioid use beyond treatment of acute pain can actually hinder progress, and in the long run has high rates of addiction.

NPR launched an analysis of the issue last year, finding that a majority of workers' compensation claims involving pain medications included opioids, which are highly addictive and potentially lethal if not taken exactly as directed. In New York, 73 percent of such claims involved opioids.

Prescription opioid abuse reportedly costs employers in the U.S. an estimated $25 billion annually. But the cost to workers is even more dire, with many suffering addiction, overdoses and even death. Some have even called it "the fatal cure." Research by the Hazelden Betty Ford Foundation found that the more professional stature one has, the less likely one is to have their addictions checked.

There is some precedent for reimbursing workers or families for medication-related injuries when those drugs were taken as part of their workers' compensation benefits. Although several such claims have been denied, a few have been approved.

Other cases have arisen when workers return to work, but are continuing to take their prescribed pain medication. Those individuals may not be as mentally sharp or reflexive, leaving them more prone to suffer another on-the-job injury.