Workers in every industry in New York City face various risks of on-the-job injuries.  However, some industries are much more dangerous than others. Just recently, Safety BLR published a troubling report highlighting the work injury risks faced by garbage disposal workers.

No matter what profession a worker is in, every employee deserves a safe working environment. If there are on-the-job problems and an employee gets hurt or sick, workers' compensation benefits should be available. These benefits can cover medical costs and should provide disability income whenever an employee can prove injuries or illnesses are due to performing work tasks. For workers in the private waste disposal industry who travel throughout the city picking up waste, work injuries can happen virtually anywhere and should be covered by workers' comp.

According to Safety BLR, the New York Committee For Occupational Safety and Health (NYCOSH) conducted a 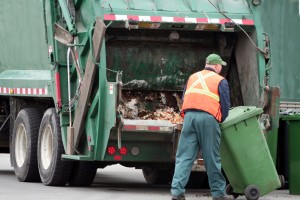 comprehensive survey into commercial waste work. The report, called Dirty and Dangerous, revealed the myriad hazards faced by commercial garbage disposal workers. It also revealed that virtually all of the biggest safety risks were "preventable and avoidable."

There were six different categories of hazards that commercial waste workers routinely face on the job: biological hazards; chemical hazards; ergonomic hazards; physical risks; stress; and general safety risks, such as being caught in something or being struck by something.

Because of these substantial hazards, sanitation workers were found to be 10 times as likely to be killed while performing their work as compared with the average worker.   The majority of the fatalities (around 85 percent) happen in the private sector, often because private sanitation businesses fail to provide "training, equipment, and oversight" that would be required in order for sanitation workers to do their jobs safely. Commercial waste is generally collected by private, for-profit sanitation companies, which receive licenses for waste disposal. Employees of these for-profit sanitation companies are covered under workers' compensation - unlike uniformed employees of the New York City Department of Sanitation, who receive line-of-duty pay instead of workers' compensation.

There were eight recent serious injuries and fatalities in New York identified by NYCOSH in the report, including deaths resulting from chemical exposures. When a case study was performed of situations where employees had been hurt or been killed doing sanitation work, researchers found the issues which had led to the injury were largely uncorrected.  The dangerous conditions persisted even after someone had already been badly harmed because of the problems.

The report also showed a high number of amputations among workers within the commercial waste disposal industry. The conclusion of the researchers was the existence of a "pattern of unsafe workplaces and inadequate oversight."   Obviously, workers deserve better.