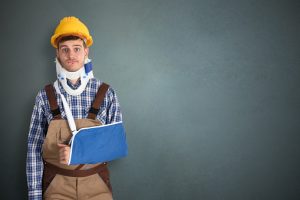 The workers' compensation system dates back to the industrial revolution when states passed workers' compensation laws to provide protection to employees. The laws not only benefitted workers but employers as well. Workers received a guarantee that their employers would purchase insurance coverage that would pay their medical costs and provide them with wage loss benefits if they became temporarily or permanently disabled. These benefits provided for workers regardless of negligence. In exchange for buying this insurance coverage, employers are protected from being sued by an injured worker after an injury happens on the job.

The changes to the laws differ by state, but in general, legislation has limited workers rights to autonomy in medical care, have cut benefits, and have imposed arbitrary cutoffs on benefits even to workers who remain severely injured or disabled by their serious workplace injuries.

The impact of the new legislation can be seen in the record profits made by insurance companies, which comes at the same time as premiums for coverage are lower for employers than they have been for decades. In 2013, for example, employers paid less in workers' compensation premiums than they have for the past 25 years. Yet, at the same time, insurance companies made an 18 percent profit on workers' compensation premiums. This profit came because they are not paying out all of the benefits that workers may need after they get hurt.

As the laws change to favor employers and insurers, workers need to ensure that they understand what they are entitled to and they need to ensure that they get the proper help to fight for the benefits they deserve. If you are being denied benefits that you are entitled to by law, a workers' compensation lawyer can provide you with legal assistance.

If you have been hurt at work in New York, contact the Law Offices of Pasternack Tilker Ziegler Walsh Stanton & Romano, LLP today by calling (800) 692-3717 or by visiting https://www.workerslaw.com.