It’s More Than Giving Out Pretzels 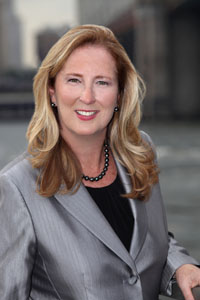 I recently saw a news story about an allegedly drunk woman who kicked and bit a flight attendant while on an international flight to New York. As someone who travels somewhat regularly for both business and pleasure, it is easy to see flight attendants as one-dimensional when they provide us with snacks and beverages. In reality they do so much more.

Their many roles include not only passenger comfort, which involves assisting passengers to their seats, , helping them stow their luggage, and serving refreshments, but also passenger safety. Flight attendants check the emergency exits, set up the video or live safety demonstrations, and secure the cabin for takeoff. If there are any emergencies during the flight, they take the lead in aiding passengers, performing first aid if necessary, providing direction and instruction to passengers if there is an issue with the performance of the plane, and assisting in emergency evacuations.

It always amazes me that when the captain advises passengers to stay in their seats and fasten their seatbelts because of turbulence, flight attendants continue to perform their duties. Unfortunately, it is during this time that many flight attendants sustain serious injuries. According to the Association of Professional Flight Attendants, 34% of all flight attendants have been injured on the job since 2003, and of those injured, one in four flight attendants lost work time due to an injury while on duty. These statistics are alarming and point to the sometimes dangerous nature of their employment.

But injuries caused by turbulence are only one example of ways that flight attendants can be hurt on the job. Injuries can occur as a result of reaching toward the overhead bins, rough landings, assault by passengers, falling baggage, lifting heavy bags, or by pushing and pulling the meal cart, which in some cases can weigh up to 500 pounds. Additionally, flight attendants can sustain injuries while on the ground in an airport, in a car accident to and from the airport, or even in the hotel during a layover. Many of these accidents result in head, neck, back, or extremity injuries, but they can also cause other types of injuries. Fatalities - while rare - do occur as a result of some plane crashes. We all remember the heroics of the flight attendants during the terrorist attacks on September 11, 2001, when 25 flight attendants were killed when the planes they were on were flown into the Twin Towers, the Pentagon, and into the ground in Shanksville, Pennsylvania.

As an attorney who has represented many flight attendants throughout my 25-plus years of handling Workers' Compensation claims, I see firsthand how a flight attendant's injury claim can become complex. The employer may deny the Workers' Compensation claim; the injured flight attendant may fail to receive benefits promptly, there may be pressure to accept a settlement that won't be enough to cover medical bills and loss of wages, or the employer may file the claim in an unfriendly jurisdiction with limited or no benefits when a viable claim can be pursued in New York.  These are all issues that must be considered when an injury occurs.

Flight attendants work evenings, weekends and holidays, and spend many nights away from home. They must be adept at customer service and multitasking. They have to deal with impatient, unruly, and sick passengers all while keeping their head cool and their demeanor friendly. So the next time you arrive at your destination, be sure to thank your flight crew. Their jobs are a lot more than giving out pretzels.