When Workers’ Compensation Medical Care is Denied and Delayed 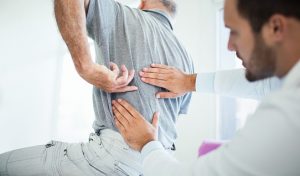 The purpose of workers' compensation in New York City is to help workers quickly access medical care and lost wages while recovering from a workplace injury.  The ultimate goal in many cases is for employees to get back on their feet - literally and figuratively - and start working again.

However, employers they clearly need to help them recover and get back to work. This is not a new problem. The New York Times detailed the issue as it pertained to the state workers' compensation board back in a 2009 series, "A World of Hurt," noting that what workers discover is a "subbasement of the legal world, a $5.5 billion-a-year state-run bureaucracy that struggles to treat workers with due speed ... or mute tensions in the workplace." The Times noted after an 18-month investigation that injured workers sometimes wait months or years for the appropriate money or care.

These issues have been ongoing. Without prompt, adequate medical care, workers are delayed in their recovery, and thus in the return to their jobs. Worse, Medical Treatment guidelines outlined by the state's workers' compensation system may limit the type of care authorized on the basis of, "best practices," as opposed to what the treating physician actually recommends.

That's where our New York City workers' compensation attorneys can step in to help. We fight to ensure you receive fair treatment - and the care to which you are entitled.

New York is not alone in grappling with this problem. In California, NBC Bay Area reports are that denials of medical treatment for work-related injuries are at an all-time high.

Although that state doesn't track data on the number of medical treatment requests that are approved vs. denied, there is ample anecdotal evidence to suggest workers are having a difficult time getting the process to move at a reasonable pace. One of those was a 13-year veteran of the state's highway patrol, who was injured at work while patrolling on his motorcycle after being struck by a drunk driver. The driver made a sudden left turn of him and slammed his motorcycle into a nearby car. He has grappled with chronic pain ever since. Despite suffering a clear on-the-job injury, he says, he has not been approved to receive sufficient medical treatment that would allow him to fully recover from those injuries. His doctors have made more than 300 requests for treatment - from a $30 heating pad to surgery - and all have been denied.

His doctors say that if he had received the appropriate medical treatment immediately, he'd probably be back to work by now. Instead, he's considering medical retirement.

In New York, there have been a number of efforts to update the system to make it more efficient, but most of those have faltered. In 2007, weekly benefit caps were increased from $400 to $800, although the trade-off was that most workers were cut off from receiving any benefits after 10 years. A major problem with that, though, is that cases may run longer because they take years to finalize and adjudicate before special administration judges.

Last year, the Republican-led Senate and Democratic Assembly rejected changes to the Workers' Compensation Board in their respective budget proposals. Those changes were aimed at increasing the speed of workers' compensation case dispositions, but union leaders argued they were unfair to workers. They railed against proposals that would give employers more leverage in dealing with claims, specifically those that involved employers having more of a say in which doctors injured workers could use.