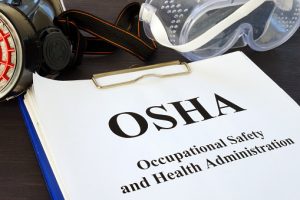 Employers must comply with all guidelines and all workplace safety rules set forth by the federal Occupational Safety and Health Administration (OSHA) and by state regulators. Unfortunately, employers often fail to live up to their obligations and allow workplace hazards to exist unchecked. OSHA inspectors on the state or federal level respond to complaints or allegations of workplace safety violations and conduct routine inspections of workplaces to identify unsafe conditions. If OSHA finds that an employer has violated safety rules, the employer may receive a citation and be fined or face other penalties.

OSHA issues thousands of citations annually for unsafe workplaces, and has announced preliminary data on citations that constitute the top 10 violations in fiscal year 2013.  Each of these violations puts workers in serious jeopardy of becoming injured or even getting killed on the job. A workers' comp lawyer in New York  can represent workers injured by OSHA violations in seeking benefits through workers' compensation.

An editor from Safety & Health presented OSHA's list of the top 10 violations for 2013 at the National Safety Council's 2013 Congress and Expo, as an OSHA spokesperson was unable to attend the Expo as a result of the October 2013 government shut-down. The most cited violations of workplace safety standards that made the top 10 list included:

With so many of the same violations occurring year after year, it likely comes as no surprise that the majority of workplace injuries and deaths occur as a direct result of unsafe conditions and accidents that could have been prevented if employers complied with all OSHA rules. For example, falls were the leading cause of death in the construction industry in 2011 and accounted for 259 out of 738 fatalities. Electrocutions were also considered part of the "fatal four" causes of workplace injuries and accounted for 69 deaths, which was nine percent of deaths in the construction industry.

The fact that falls are both the number one reason for citation and the number one cause of worker death suggests that if employers actually took steps to do better with fall protection, many more workers might avoid fatal injuries on the job. The same is true for all the top violations leading to citations. If employers obeyed the rules, there would be fewer penalties imposed by OSHA and fewer injuries suffered by workers.