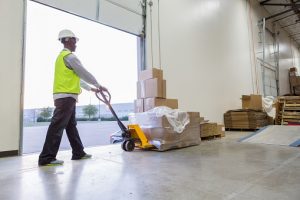 According to a new study published recently in the Journal of Accounting and Economics, the higher the pressure to meet earning quotas, the more likely the odds of workplace injury.

Study authors posit a causal relationship between companies that barely meet or just exceed their financial earnings forecasts, comparative to those that missed or exceeded that mark by a wider margin.

Researchers believe the reason for this connection is because managers focused intensely on production and the bottom line are less concerned with worker safety and well-being. They are more likely to require employees to work overtime or to accomplish more in less time. They are also less likely to invest in important safety precautions, such as proper training, necessary tools and equipment.

The U.S. Bureau of Labor Statistics reported that in New York in 2015, there were nearly 150,000 private industry injury and illness cases, with about 87,000 of those being more serious (i.e., involving days away from work, job transfer or restriction).

There was no single "super sector" of private industry where workplace injuries and illnesses were concentrated, but those in manufacturing, construction and transportation tended to have the highest rates.

Just looking at New York City, the Bureau of Labor Statistics (BLS) reports there were 74 fatal work injuries in 2015.

Incidents in New York City that were most likely to result in workplace fatalities were:

These two causes combined accounted for 64 percent of all workplace deaths. Contact with objects or equipment was the third-most-common cause of workplace death and injury in New York City, followed by exposure to harmful substances or environments.

Worker injuries and deaths were far more common in private sector injury than in government. Construction and transportation workers had the highest injury rates. Eighteen of the workers who died in 2015 on-the-job were contract workers, meaning they were employed by one firm but working at the behest of another. These cases may be more complicated in terms of New York City workers' compensation benefits, so it is important to contact an experienced attorney who can help protect your rights and best interests.

Higher Risk of Injury With Higher Demands for Production

Authors of the recent study looked over more than 35,000 cases of reported work injuries from 2002 to 2011 from 870 companies. What they discovered was that those companies that just met or barely exceeded their earnings quotas, there was a workplace injury rate of 1 in 23 workers, compared to 1 in 27 workplace injuries within companies that did much better or worse in meeting this goal.

They also discovered in states where workplace injuries were more costly, managers were more diligent about ensuring workers were safe on-the-job, and were less likely to ramp up workloads or excess demands on employees.

If you have suffered an on-the-job injury in New York City, we can help you navigate the process of filing your claim, choosing a doctor and understanding the benefits to which you are entitled.