NY Workers Are Protected from Retaliation for Reporting Workplace Injuries 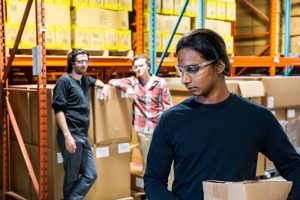 If you get hurt on-the-job, you should be entitled to full protections and benefits available under New York workers' compensation laws. As long as your injury is job-related and you report the injury, your medical bills should be paid and disability benefits provided if the injury prevents you from performing work.  Employers are not allowed to fire you or to retaliate against you in any way in the terms and conditions of your employment simply because you reported workplace injuries.  Occupational Safety and Health Administration (OSHA) not only protects you if you are the victim of retaliatory action for reporting an injury but also if you report unsafe working conditions.

One recent case shows the importance of OSHA's protections for whistleblowers (people who report misconduct or unsafe conditions) and for people who report injuries. An OSHA news alert revealed an employee had been found to be entitled to more than $332,000 in compensation from an employer as a result of the employer's retaliatory behavior against the worker.

The employee in the recent OSHA case had been working for his employer as a technician for five years before he sustained an on-the-job injury. He made a claim under workers' compensation, reporting his work injury and asking for payment of medical bills he had incurred, including repayment for copays for appointments when he was treated for his on-the-job injury. The company asked him to resubmit a second injury report when he asked for his medical bills to be paid, and subsequently threatened discipline based on the fact the report was late.  The employee had not ever been subject to workplace disciplinary action before the incident.

The injury had occurred in February of 2014, and in June of 2014, the employee was terminated from his position. The employer claimed the technician was terminated because of harassment and because the technician had made threatening statements. However, an investigation by OSHA revealed no evidence of this type of misconduct.  The OSHA investigation revealed it was likely the worker had been terminated as a result of reporting his work injury. This is a violation of federal laws and OSHA whistleblower protections.

Investigators determined the employee should be entitled to compensation for his wrongful termination. The company was ordered to pay him $154,749 in back wages for the time he missed at work due to his termination. The employee was also awarded $177,720 in punitive and compensatory damages as well as reasonable attorney's fees he incurred in taking action to try to recover his lost wages.

The company was required to reinstate the technician and remove notations from his disciplinary record. In addition, the company was ordered to provide information about whistleblower protections to all of the other workers it employed.

OSHA imposes penalties like this to ensure workers can come forward when an injury happens and get the workers' compensation benefits they deserve.