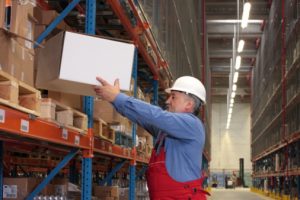 Amid a slew of serious injuries and fatalities incurred by temporary workers - who often aren't properly trained, equipped or supervised - the Occupational Safety & Health Administration division of the U.S. Department of Labor has announced it is increasing its scrutiny of companies that routinely use temp agency services.

This is important news because, as our accident attorneys in New York know well, the use of temporary workers has exploded in recent years. As a recent ProPublica article pointed out, there are now nearly 3 million temp workers in the country.

These individuals are often tapped to do some of the most dangerous jobs in some of the riskiest industries, usually for fewer benefits and less pay. In every state where the issue has been studies, temp workers have a far higher rate of on-the-job injury and death than do full-time workers. In California and Florida, it's 50 percent higher. In Massachusetts, it's 36 percent higher. In Minnesota, it's 72 percent higher.

When those injuries do occur, both the temp agency and the company with whom the temp  agency is contracting may try to discourage the worker from reporting the injury. These attempts are sometimes successful because the worker has very little job security. He or she wants to get hired full-time at the company, and may risk being "black-balled" by the temp agency.

But companies are forbidden by law to retaliate against workers who report an injury, and they are also required to report these incidents to state and federal labor officials.

Temporary workers are in somewhat of a tricky situation with regard to worker's compensation because they usually can't successfully file a claim with the company where they work. (This is one of the reasons companies favor this arrangement so much: It's cheaper for them.)

Understanding your rights as a temp employee

Temporary workers can file a claim with the temp agency, which is legally their employer. Additionally, if there was negligence on the part of the co-workers, supervisors or administrators where the work was being done and that negligence resulted in a workplace injury to a temp employee, that person may have grounds upon which to file a third-party liability claim. For example, if the supervisor failed to train you or administrators didn't make sure you had the proper protective gear or co-workers failed to make sure you were appropriately spotted, these might be examples of negligence.

And it's not just in the construction or manufacturing fields either. In New York, there have been a few high-profile incidents in which Wal-Mart stores in New York have been cited by OSHA after a temporary worker was crushed to death by mobs of thousands rushing in for Black Friday sales. This has happened on numerous occasions, and each time, it's been revealed that those the store put on the front lines weren't properly trained in how to control crowds or protect themselves.

According to the Bureau of Labor Statistics, about 12 percent of all work-related deaths involve contracted temporary workers. This is despite the fact that they only account for about 2 percent of the total workforce.

Under OSHA's newest initiative, federal inspectors are required as part of their routine work to determine whether workers are temporary and, if so, determine whether they are exposed to conditions that could create a safety violations. Additionally, inspectors must determine through records, interviews and reviews whether temporary workers are provided with training in the language and terminology that they fully understand.