What Injured Workers Should Know about New York’s Scaffolding Law 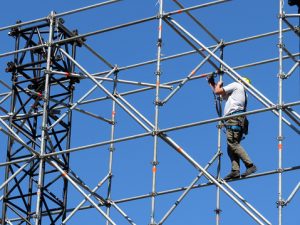 Have you suffered a serious injury in a construction accident? When you were injured, were you atop scaffolding and fell? Were you hit by an object that fell from scaffolding at the worksite?

While some have argued for dismantling the law because of the costs to businesses, we strongly believe the scaffold law ultimately saves lives and provides necessary assistance for workers who do get injured in accidents.

The law exists because individual workers are not in the position to adequately protect themselves, but those that design the site and employ workers there are. Should a construction worker fall from a height, or a construction worker be struck and injured because items were not secure above him or hoisted in an unsafe manner, NYS Labor Law s.240 acts as a safety net after injury. NYS Labor Law s.240 provides the basis for an injured worker to recovery of damages after injury.

New York State Labor Law s. 240 applies to worksites involving, "the erection, demolition, repairing, altering, painting, cleaning or pointing of a building or structure." For the strict liability to apply, the sort of work being done must be as listed, and the object being worked on must be a structure. Sites involving work on a pipeline, burial vault or the like will not qualify.

NYS Labor Law s. 240 further protects workers employed at a worksite where work off the ground is mandated. The law requires that the structure contractors and owners must, "cause to be furnished or erected for the performance of such labor, scaffolding, hoists, stays, ladders, slings, hangers, blocks, pulleys, braces, irons, ropes, and other devices which shall be so constructed, placed and operated as to give proper protection to a person so employed." The law then continues to describe in detail the required safety items that must be in use when work is performed outdoors at heights greater than twenty feet.

"Scaffolding or staging more than twenty feet from the ground or floor, swung or suspended from an overhead support or erected with stationary supports... shall have a safety rail of suitable material properly attached, bolted, braced or otherwise secured, rising at least thirty-four inches above the floor or main portions of such scaffolding or staging and extending along the entire length of the outside and the ends thereof, with only such openings as may be necessary for the delivery of materials. Such scaffolding or staging shall be so fastened as to prevent it from swaying from the building or structure...3. All scaffolding shall be so constructed as to bear four times the maximum weight required to be dependent..."

NYS Labor Law s. 240 protects workers from the special hazards involved when a person must work high above the ground to get the job done. It provides a list of safety requirements for particular sorts of construction jobs.  This important law makes employers responsible for maintaining safety at potentially dangerous job sites.

A single construction worker in need of a paycheck is not the one who can ensure his own safety in the sorts of circumstances requiring scaffolding or hoist rigs.  This law incentivizes those in charge to create and maintain a safe work zone high above the ground.