Workplace Injuries and Amputations in 2015 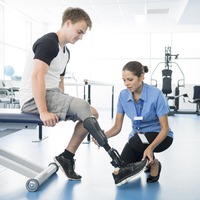 A new report from Occupational Safety and Health Administration demonstrates the serious risks that employees continue to face on-the-job. CNN reported on the OSHA data, which was obtained over the course of 2015 from 26 different states that actually had higher workplace safety requirements in place than the minimum federal standards.

According to the OSHA report, there were 10,388 severe workplace injury cases over the course of 2015. Of these cases, there were 2,664 incidents in which workers experienced an amputation. Within the state of New York, workers whose limbs are amputated are entitled to receive a certain amount of workers' compensation benefits.  The cost of medical expenditures for treating the amputation and other workplace injuries should also be covered by a workers' compensation insurer.

When an amputation occurs, especially for a manufacturing worker, the loss of a limb can often mean that earning power is reduced substantially or it can mean that a worker is no longer able to do his job. Workers' comp should provide for the injured worker and compensate him for his damages. The extent of the compensation for losses is based upon the extent of lost use whenever an injury occurs to a body part, including when the injury involves amputation.