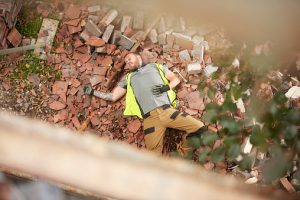 Based on data from the Occupational Safety and Health Administration, construction is one of the most dangerous professions today. Accident data studied shows that there are four main types of accidents which can result in a fatality. Those categories are falls, getting caught between objects, electrocutions and getting struck by an object. Combined, these types of accidents account for 50 percent of all worksite accident fatalities. OSHA has estimated that by removing these four fatal accident types, as many as 435 fatal accidents would be prevented every year.

Electrocution is one of the top four ways fatalities occur on the job site. It is also a leading cause of fires started on site. Fires at worksites are caused by a variety of other issues as well, including careless workers leaving behind lit cigarettes or leaving an open flame unattended. But more often than not, a fire at a work site is caused by an electrical malfunction. Construction sites are filled with power tools, high power lights and all sorts of other equipment that requires a large amount of electricity. If something goes wrong with that equipment, it could have fatal consequences.

The importance of basic fire safety

New York State has one of the highest numbers of construction workers in the United States. It's no wonder, especially with the expansive building demands of New York City. In a state that employs so many construction workers, more must be done to ensure their safety. Between all of the heavy equipment and the sheer number of people at each site, the likelihood of an accident is far too high.

The New York City construction accident attorneys at Pasternack Tilker Ziegler Walsh Stanton & Romano LLP know that incidents involving fires can be prevented. By practicing basic fire safety (not smoking on the job site, ensuring that all fires are completely extinguished before leaving the site for any reason, etc.) construction workers can greatly reduce their risk of an accident. It is the responsibility of every employer and employee to ensure that their workspace is safe for every worker.

The more lax a site becomes, the greater the likelihood of an accident. If you or someone you love has been injured while working at a construction site, contact us today. Our team has helped countless workers get back on their feet after an accident. We can help you too.