Fatal Construction Accident in New York City Could Have Been Prevented 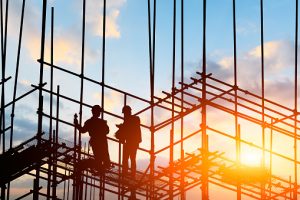 A recent fatality on a New York construction site was "completely preventable," according to news reports about the tragedy.

An anchoring bracket fell 10 stories from scaffolding and hit a construction worker's head on Dec. 18. The man was found unconscious and suffering from severe head trauma.

The construction site in Chelsea had faced numerous code violations prior to the fatal accident, according to the New York Daily News. The Daily News reported that many of the violations were related to scaffolding issues.

The New York Department of Buildings (DOB) shut down operations on the site and was preparing to issue violations, which cited a "failure to certify correction of a Class 1 (immediately hazardous) violation."

The DOB listed six violations at the construction site between October 2016 and December 2017, according to an AM New York report.

"This tragedy appears to have been completely preventable and we are taking enforcement actions against all parties involved," a DOB spokesman said in a statement to news organizations.

Construction work remains one of the most dangerous jobs

The December construction accident serves as a reminder of the risks workers face on the job every day - and the critical importance of following safety regulations.

Last September, the City Council approved a bill requiring at least 40 hours of safety training for workers, according to The New York Times. The Times found that the number of fatal accidents involving construction workers had outpaced the rate of new building.

Falls, slips and trips on job sites represent the leading cause of fatal accidents. The Occupational Safety and Health Administration cites the following as potential hazards for construction workers:

According to OSHA, contractors should ensure scaffolds are erected and used properly to protect workers. By taking adequate steps, 4,500 injuries and 50 fatalities can be prevented in the United States each year.

The fatal accident in December, involving an object that fell from a scaffold, was preventable. As attorneys who advocate for injured workers and their families, we hope all New York contractors take all steps necessary to keep construction workers safe.

If you or a loved one was injured or died in a construction accident, contact an experienced workers' compensation attorney for a free consultation. Pasternack Tilker Ziegler Walsh Stanton & Romano, LLP, serves New Yorkers who have been hurt on the job and families who have lost loved ones in work accidents.