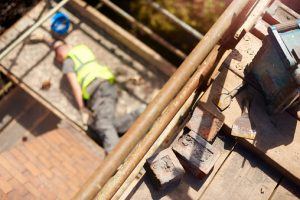 Construction workers in New York City often put their lives at risk to earn a living. Even under management that follows the strictest safety procedures, accidents can still happen. The carelessness of another worker or a sudden defect in equipment can result in a fatal injury.

In the past five years, construction fatalities have gone up in New York State, but have dropped in New York City, according to a 2019 report by New York Committee for Occupational Safety and Health.

The study cites U.S. Bureau of Labor Statistics Census of Fatal Occupational Injuries data, which reports a total of 462 construction-related deaths in all of New York State between 2008-2018. In 2017, there were 69 deaths, a slight decrease from 2016 (71 deaths). This marks a 39 percent increase in construction deaths during this time period.

Among the construction deaths reported in New York City and New York State, most were attributed to falls, which accounted for 46 percent of all fatalities. Other common construction accidents that result in worker deaths include being struck by objects, electrocutions, and "caught-in or between" incidents.

Some factors that may have brought down the number of construction deaths in New York City include:

Injured in a construction accident? Our attorneys are here to help.

If you have been injured on a construction site, it's crucial that you speak to an experienced workers' compensation attorney as soon as possible. Your injuries may require a significant amount of time spent away from work, while you receive costly medical care. Your attorney will help you through this complex process and advocate for a fair settlement.

At Pasternack Tilker Ziegler Walsh Stanton & Romano LLP Attorneys At Law, we represent injured construction workers throughout New York City. If you were injured on the job in New York State, we also have offices in Albany, Middletown, New Windsor, and New City.