Office Locations v
Home | Blog | Is there a link between time and traumatic construction injuries?

Is there a link between time and traumatic construction injuries? 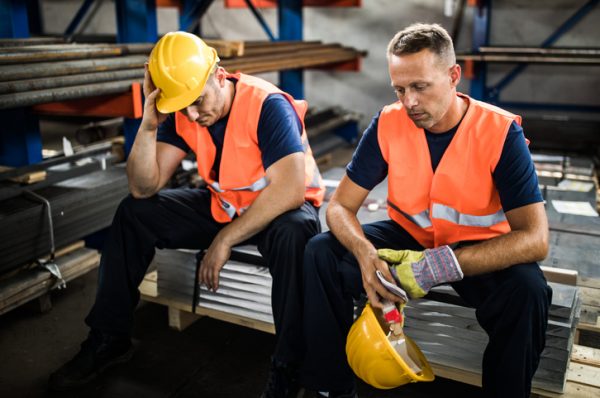 Construction injuries can happen at any time of the day. According to a study conducted by Oregon State University (OSU), time is a factor in many traumatic injuries sustained by construction workers. For instance, the study found that construction workers typically sustain injuries within the first four hours of working. After that, the hourly injury rate dropped but slightly increased by the end of an eight-hour shift. Those who work during the evening or nighttime hours (usually after 6 p.m.) are at an even greater risk of sustaining serious injuries.

Additionally, injuries happened less after the first four hours, but injuries that did occur during the second half of a shift were generally more severe. Researchers in the study believe that serious injuries during the second half of a workday may occur when workers don't reap the restorative benefits of break time. Workers who are mentally and physically fatigued are far more likely to make dangerous errors than workers who are well-rested.

The most common injuries identified by the study include falls, musculoskeletal disorders, joint inflammation, tendonitis, pinched nerves and serious wounds after being struck by objects.

Liu Yang is the lead author of the study and a doctoral graduate in OSU's College of Public Health and Human Sciences. She believes that this study could be used as a basis for workplace safety interventions.

“I really hope that people could learn from this and realize that the chance of getting injured or getting more severe injuries are related to the hours of your work,” said Yang.

In addition to time, the study found that nearly 80 percent of construction injuries were sustained by workers age 25-54. The older workers generally accrued higher medical expenses and more missed work days. The data also showed that the average financial award for medical expenses was $12,000 and the average number of lost days at work was 80.5 days.

Legal options after a construction accident

Did you sustain an injury while working on a construction site? If so, you may be eligible for workers' compensation benefits under New York law. Since workers' compensation is a "no-fault" system in New York, it doesn't matter if it was caused by your own mistake or someone else's mistake. You only need to prove that your injury occurred at work.

Getting workers' compensation benefits isn't as easy as it sounds, however. Pasternack Tilker Ziegler Walsh Stanton & Romano LLP Attorneys At Law have seen injured workers' benefits get denied or delayed. We know that there is no room for error and will work with you every step of the way to make the process as easy as possible. Before calling us, be sure to take the following steps:

Once you have completed these steps, contact us online or call us to discuss your next steps. Our law firm serves injured workers in NYC and throughout the state. We offer remote legal consultations via Zoom, Skype, Facebook Messenger or by phone.