How Wall Collapses Can Be Devastating to NYC Construction Workers 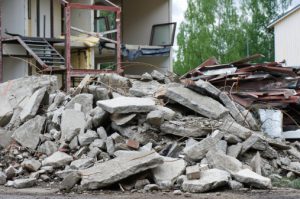 Recently, a small crew was working on a construction site in Brooklyn when a retaining wall fell. One of the workers, a 47-year-old construction working living in the Bronx, was buried by the falling wall debris and presumed dead. He was an immigrant from the Dominican Republic who worked hard to send money back to his family. (The other five crew members made it out with minor injuries.)

New York City's Department of Building says that before this incident, there had not been any complaints or citations given to this worksite. However, Pix11 interviewed an unidentified man who said that the work site "was an incredibly unsafe site. The tactics that they used to secure some of these walls were horrible and not to standard." The contractor for the worksite refused to comment.

Construction has always been considered a high-risk line of work, but recent improvements to the training and safety requirements have made an effort to combat these risks. As these measures are all still new, there has not yet been data sufficient enough to determine whether these extra safety measures and training procedures have helped make worksites safer.

Focus on what's important. We'll take care of the rest.

With more building projects underway this year than ever before, there is a corresponding increase in the demand for construction workers. But workplace safety needs to continue to be a priority at construction sites across New York.

Our highly experienced and respected legal team at Pasternack Tilker Ziegler Walsh Stanton and Romano have spent decades fighting for the rights of injured workers. We know that after a devastating accident, it's more important than ever to be with your family and to adjust to new circumstances.

This becomes all the more difficult if you are fighting with insurance companies to get the care and compensation you need to move forward. That's where we come in. We are New York City workplace accident attorneys dedicated to helping you and your family move forward. After an accident, contact us. We can take care of you.