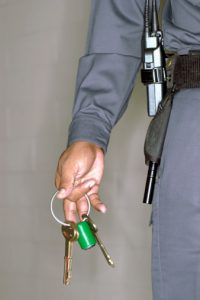 One of the primary purposes of prisons is to remove dangerous individuals from society until they have paid their debt and are ready to return. Our corrections officers have to maintain order against all odds, and this makes for a hazardous working environment.

It is little surprise that workers' compensation claims are on the rise in the corrections department.

Workers' compensation claims from corrections department employees rose by 24 percent in 2017, according to data obtained by the New York Post. Where 4,026 claims cost the city $4.4 million in medical expenses and lost wages in 2016, $5.3 million was poured into 5,007 cases last year. Of 2017's injuries, 2,086 were caused by inmate-related incidents, an increase from 1,947 the year before.

Elias Husamudeen, President of the Correction Officers Benevolent Association, cited changes to the city's prison policies for the uptick. Husamudeen claims that the removal of solitary confinement for inmates under the age of 21 and increased privileges for inmates have emboldened them to attack corrections officers with little fear of recourse.

Peter Thorne, a spokesman for the Corrections Department, offered an alternative explanation: there are more injuries because there are more employees. In the same year where total workplace injuries in the department increased by fewer than a thousand, and inmate-related incidents saw an increase of only 139 injuries, the total number of employees had increased by 2,000. The city is also in the midst of significant changes which include moving large numbers of inmates out of Rikers and into a series of smaller prisons around the city.

This is all happening while the actual population of our prisons is decreasing. The costs of maintaining New York City prisons increased by $70 million last year, while the prison population dropped to the lowest it had been in 34 years. With the city pouring $1.36 billion into a shrinking prison population, corrections officers should be able to expect steps to be taken to protect them. Whether the growing number of injuries are related to policy decisions or not, the fact is that the numbers are increasing, and our city has a responsibility to try to reverse the trend.

Our corrections officers face the same workers' compensation difficulties as any other workers in this city and need just as much help when the system fails to meet their needs. Contact us today to learn more about your options when you get injured at work.