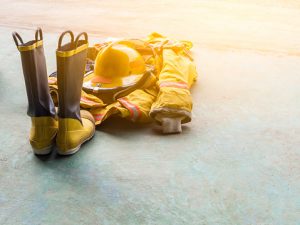 Most New Yorkers go to work without having to worry about whether their jobs will give them cancer. Unfortunately, cancer is a real threat for firefighters. It's the No. 1 leading cause of death among men and women who put out fires for a living, according to an NBC news report citing the International Association of Firefighters.

Making matters worse, volunteers who battle blazes have not been afforded the same healthcare coverage as career firefighters. A volunteer firefighter who contracts cancer could be devastated financially.

Fortunately, a law that will take effect in 2019 will help pay medical bills for volunteer firefighters who were diagnosed with cancer in the line of duty. Called the "New York State Volunteer Firefighter Gap Coverage Cancer Disability Benefits Act," the measure was signed into law by New York Gov. Andrew Cuomo on Oct. 22.

According to the Long Island Herald, volunteers diagnosed with cancer related to firefighting inside buildings would be eligible for a payment of either $6,250 or $25,000, or up to three years of disability payments of $1,500 per month. The full amount a volunteer receives depends on the prognosis of the disease. Paid firefighters already receive this type of cancer coverage.

Cancer is a leading cause of death for firefighters

The biggest cancer threat for firefighters who knocked back flames inside of structures used to be mesothelioma, a type of cancer linked to the inhalation of asbestos particles. Asbestos was commonly used in many types of buildings.

Today's firefighters are at risk of contracting leukemia, lymphoma and myeloma. Men and women who fight fires might contract these types of cancers after breathing toxic fumes from the burning of plastics and synthetic building materials.

According to NBC, the industry reports that more firefighters are developing cancers at a young age. Additionally, fire departments in several large U.S. cities have seen elevated cancer rates among their ranks.

Fire departments are taking steps to protect their workers. They are requiring firefighters to use tanks with 45 minutes' worth of oxygen instead of 30. And they're ordering firefighters not to take off their masks until everyone has been decontaminated and washed down.

As attorneys who represent firefighters who have been injured or diagnosed with serious diseases, we applaud efforts on the local, state and national level to improve safety.

A law to add coverage for volunteers who contract cancer while fighting fires could help prevent financial ruin for many brave men and women in New York.

If you or a loved one was diagnosed with cancer as a firefighter, contact an experienced workers' compensation attorney for a free consultation. Call 866-213-6322. Pasternack Tilker Ziegler Walsh Stanton & Romano, LLP, serves New Yorkers who have been hurt on the job.