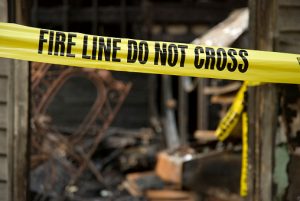 Workplace fires often occur without warning. In many cases, workers may not be aware of a fire already happening in a building. As a result, they may not be prepared to evacuate fast enough to avoid a serious burn injury or fatality.

One worker recently sustained serious injuries in a business fire in College Point, Queens. The fire started in the basement of the building housing a medical supply and toy company. The blaze then quickly moved to the ground floor after oxygen tanks exploded.

Three of the responding firefighters sustained minor injuries. A store employee was also treated at a nearby hospital for serious injuries, which left the employee in critical but stable condition.

Workplace fires are often caused by electrical defects in the building. These include loose or damaged wires, defective plugs, old equipment plugged in for too long, and overloaded sockets.

The risk of a fire increases when combustible materials are positioned close to an electrical defect. These can include carpets, stacks of paper, flammable liquids, and other materials that can cause a fire to spread quickly.

People often sustain serious injuries in workplace fires. Some of the most common - and most serious - injuries include:

What employers should do to protect workers

According to the Occupational Safety and Health Administration (OSHA), all workplaces should have easily accessible exits so workers can evacuate safely in the event of a fire. Employer responsibilities include ensuring that emergency exits aren't blocked, locked, or compromised by clutter or debris.

If you have sustained fire-related injures on the job, you may be entitled to workers' compensation benefits. To learn more, contact the attorneys at Pasternack, Tilker, Ziegler, Walsh, Stanton & Romano LLP today. We have experience handling cases involving burn injuries and fires and explosions. We'll gladly help you navigate the claims process.