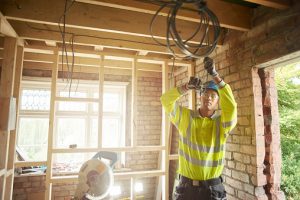 A recent explosion in Brooklyn resulted in injuries to three National Grid workers who were trying to determine what caused a gas leak.

The accident in June caused the workers to suffer burns on their arms and faces. Fortunately, the injuries were not considered life-threatening, according to a WABC-TV news report. The utility workers were excavating and trying to discover what caused a gas leak when the blast occurred around 1 a.m.

An experienced New York City workers' compensation lawyer knows that electricity and gas company workers face dangerous conditions every day. A gas leak, as the news report illustrates, can turn into a life-threatening incident in a moment's notice.

Work on gas lines had been ongoing at the accident site in Brooklyn, according to WABC. Neighbors who were interviewed expressed alarm that the extensive work had been underway for days.

"I smelled gas previously before it exploded," one nearby resident told WABC. "I didn't know what was going on."

What are the symptoms of a gas leak?

The odor of gas is a telltale sign of a leak. According to healthline.com, a gas leak can be detected by a number of signs:

Sometimes you may not see evidence of a gas leak even when one occurs, but you may feel the effects of a leak. Gas leaks will reduce the amount of oxygen inside a building. If you're experiencing a gas leak inside a building, you may feel dizzy or experience a headache. Other signs include nausea, eye and throat irritation, fatigue, shortness of breath, and pale skin or blisters on the skin.

If you suspect a gas leak, evacuate the area immediately. Don't turn on any appliances. Don't turn on or off any lights. Don't use a phone inside the building. Phones and appliances can create sparks, which can ignite an explosion.

Once at a safe distance from the gas leak, call National Grid. They are trained to investigate gas leaks.

As the accident in Brooklyn reveals, a gas explosion can happen in an instant and result in serious injuries. National Grid crews continued to work after the explosion to determine the cause of the leak.

A workplace accident can happen fast, but the impact can last for months, years or even a lifetime. Victims can suffer not only physical injuries but also severe financial losses. Medical expenses can add up quickly. An injured worker may not be able to return to work and earn an income.

If you or a loved one was injured in an accident while working, you'll need an attorney on your side who will help you recover the compensation and benefits you need.

Contact Pasternack Tilker Ziegler Walsh Stanton & Romano, LLP for a free consultation. With hundreds of years of combined experience, we work aggressively on behalf of clients.