One of the most common types of construction accident injuries involves workers sustaining a concussion while on the job. Sometimes referred to as a mild traumatic brain injury (TBI), there's nothing mild or minor about a severe head injury. 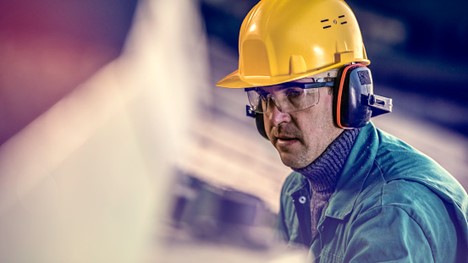 This is why news of a new state-of-the-art hard hat designed to prevent concussions at construction sites is a welcome development. "These hard hats incorporate technology that not only protects the head from a direct impact, but also from a glancing blow that causes the head to rotate suddenly – a major cause of concussions," a recent NPR News story says about the new hard hat technology.

Our New York construction accident attorneys also hope the new hard hats can help prevent concussions and other serious brain injuries. We have seen first-hand how serious and devastating TBIs can be for construction workers and their loved ones, which is why we take pride in helping them find their way forward.

The numbers don't lie. Construction workers face a significantly higher risk than other professions of sustaining a concussion or another type of TBI. Specifically, the number of fatal TBIs among construction workers is more than triple the average rate for TBIs in all other industries, according to a study published in the American Journal of Preventive Medicine.

A direct blow to the head often causes concussions and other TBIs. Construction accident-related concussions can involve objects falling from a height and hitting a construction worker in the head. Slip and fall accidents at construction sites often result in concussions as well.

This is why construction workers are required by law to wear helmets while working at a construction site. This federal law can be found in Section 1926.100 of the rules and regulations for the Occupational Safety and Health Administration (OSHA).

What makes the new hard hats different from traditional ones is they protect construction workers from a direct blow to the head and from the head rotating after being struck, which often results in a concussion or makes a TBI more serious. "The human brain is readily injured by a rotational force," Michael Bottlang, director of the Legacy Biomechanics Lab in Portland, Ore., said in an interview with NPR News about the new industrial safety helmet technology.

In addition, the new hard hats have a honeycomb-like lining that acts like sand and absorbs blows to the head from the side and above. "The honeycomb structure is a very light, breathable material that is not only good at absorbing linear force, but also breaks that spin the way sand would," Dr. Steven Madey, an orthopedic surgeon in Portland who developed the hard hat with Bottlang, said in an interview with NPR News.

What construction workers should do if they sustain a concussion

If you suffered a concussion in a construction accident at work in New York, it's critical that you take certain steps right away, including:

How a New York construction accident attorney can help

If you sustained a concussion in a construction accident in New York, odds are you will be eligible to receive workers' compensation benefits, which can supply financial support for medical care and replacement income.

But just because you're eligible to receive workers' comp does not mean you will automatically be paid. In addition, depending on the circumstances of your construction accident, you may be eligible to receive compensation by taking action against a negligent third party, such as a subcontractor.

The key is to talk to an attorney right away. The experienced New York City construction accident lawyers at Pasternack Tilker Ziegler Walsh Stanton & Romano, LLP can go over the details of your case and explain your potential legal options.

Contact us and schedule an appointment to see how a New York construction accident attorney from our law firm can help you. We have 12 offices conveniently located throughout New York, including five offices in New York City.