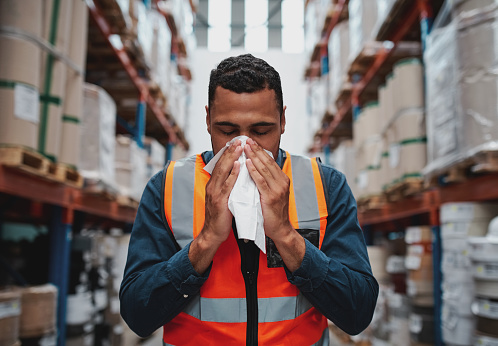 We’ve been grappling with the COVID-19 pandemic for more than a year now, and since then more than 550,000 Americans have died from the highly contagious disease. Sadly, many of those people were essential employees who contracted the virus at work.

While there appears to be a light at the end of the tunnel as vaccination efforts continue to roll out, a recent Wall Street Journal investigation revealed some troubling information about how the Occupational Safety and Health Administration (OSHA) and its local branches handled coronavirus complaints from workers when the pandemic was at its peak.

The WSJ investigation found that between February 2020 and January 2021, OSHA received roughly 93,000 complaints, which represented over a 70% increase compared to that same period from the previous year.

Despite that surge, the WSJ found that OSHA didn’t investigate many of those complaints, including over 1,000 deaths that suggested the deceased were infected with the virus at work. Complaints that were investigated were often handled through an exchange of letters, the report said, while other fatalities weren’t investigated because they simply weren’t reported by employers.

As stated in the WSJ article:

The WSJ article notes one of the biggest problems OSHA faced during this time were state agencies making up their own rules or simply not enforcing guidelines set forth by their federal counterpart.

According to OSHA records and other available data obtained by the WSJ, workers were left more vulnerable to infection because federal and state OSHA agencies did not carefully investigate COVID-19 complaints and took limited steps to enforce safety standards.

While OSHA emphasizes the fact that it doled out over $3.5 million in fines to employers after conducting more than 260 virus-related inspections, the agency’s former director under the Obama administration says the way OSHA handled workplace safety at the height of the pandemic uncovered some big vulnerabilities.

“The pandemic has exposed OSHA’s great weaknesses,” David Michaels said. “Workers have never been so threatened by a hazard as they have by the coronavirus.”

Talk to our attorneys to explore your options

It’s clear that a lot of employers were not taking appropriate measures to protect their workers from the virus, and OSHA seems to have done little to help prevent that. Keep in mind that people who suffer work-related injuries or occupational diseases generally have a right to pursue workers’ compensation benefits, though cases involving COVID-19 are extremely complicated because it can be hard to prove where and when someone contracted the virus. Employers are also quick to argue that infected workers did not become infected while on the job, making an already messy situation even worse.

If you believe you’ve been exposed to COVID-19 due to the nature of your work, or if someone you love died after becoming infected with the virus while on the job, an attorney can help you explore all your options. At Pasternack Tilker Ziegler Walsh Stanton & Romano, LLP, we’re known as lawyers who work for the people who make New York work. For a free case evaluation, contact us today. We proudly serve clients in NYC and everywhere in New York State.