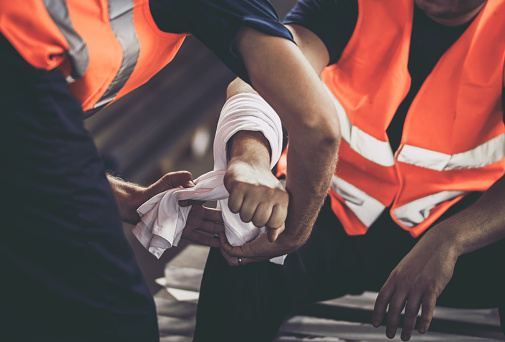 Research shows the need for better safety orientation and training

With so many people changing jobs in the last two years, it's perhaps unsurprising that a higher share of work injuries are happening among people new to their jobs.

According to the survey, the increase was largest in the manufacturing and wholesale industry, with 42% of claims among first-year employees compared to 31% a decade ago.

The survey's authors suggested that with the current labor shortage, long-tenured employees may be taking on additional responsibilities, leaving less time for safety training for new hires. These findings indicate a need for better safety training and orientation for people who are new to their jobs. They also drive home the need for injured workers to know their legal rights from the first day of work.

That said, certain aspects of a claim can get somewhat more complicated during the first year of work. In particular, the calculation of an average weekly wage (AWW) is different for first-year employees. Remember, if you're hurt on the job and can't work, workers' compensation pays two-thirds of your AWW to replace your lost income during that time, subject to a state minimum and maximum.

In general, your AWW is calculated based on your earnings in the 52 weeks prior to the injury. Your employer fills out a form, called Form C-240, to verify your gross pay for those 52 weeks. However, if you've been at a job for less than a year, then you obviously will not have 52 weeks' worth of pay information for that job. In this situation, the Workers' Compensation Board may ask your employer to fill out Form C-240 using the salary of another employee with the same or similar job title and salary who has worked the full year.

Depending on the circumstances, this can significantly affect the value of your claim. Your workers' compensation attorney can advocate for the most favorable calculation of your AWW to put the most money in your pocket.

A workers' compensation attorney can protect your rights in this situation