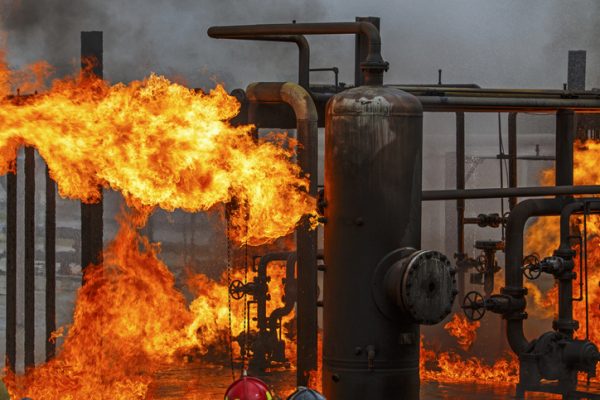 In December 2019, an Amtrak maintenance worker was killed in an explosion in the Bronx, according to ABC 7. An electrical accident near a railyard was reportedly the cause of the explosion.

One witness, who called 911, likened the explosion to a "big fireball."

"We are deeply saddened to report the death of an Amtrak employee. The incident happened at approximately 11:05 a.m. at a substation just outside of New York City. There are reports of two additional nonlife-threatening employee injuries. Trains are being delayed through the area as local authorities respond. A full investigation is underway."

The Bronx incident may have involved an overload of electricity. In high-peak electrical systems, a fuse can explode when its components melt and vaporize at a rapid pace.

Many electrical explosions are also caused by static discharge, according to Science Direct. When static electricity forms in areas where combustible materials are present, it only takes one spark to cause an explosion.

Flammable materials such as gas, oil, solvents, and certain industrial chemicals can also cause workplace explosions. These materials often combust when they are stored or handled incorrectly.

What if I was hurt in a workplace explosion?

The negligence of another worker or the lack of a safety plan is often the cause of workplace explosions. Workers sustain serious burns, body part dismemberments, and even fatal injuries.

If you were hurt in a workplace explosion, the legal team at Pasternack Tilker Ziegler Walsh Stanton & Romano LLP Attorneys At Law can help you explore your legal options. You may be eligible for workers' compensation benefits if you're unable to work while recovering from an injury. This would cover your medical expenses and average weekly wage losses. If you lost a loved one in a workplace explosion, you may still be eligible for benefits, in addition to a wrongful death lawsuit.

Explosions can result in permanent injuries and disabilities. Our attorneys help workers who have sustained partial or total disabilities obtain social security benefits.

No matter how complex your situation may be, we can help guide you through the process. We serve clients in NYC and across New York State. Contact us online today to get started on your claim.