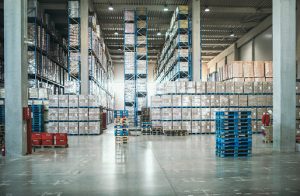 Construction and manufacturing environments often include large objects being lifted and moved with the assistance of cranes, forklifts, or other similar machines. Girders and parts of structures need to be hoisted into place, and raw materials need to be delivered to different locations within a given facility.

These heavy objects need to be handled with care. There are a number of safety measures that can and should be taken whenever a heavy object is moved, but accidents may still happen. Two such accidents claimed lives in Queens earlier this year.

On March 30, the New York Daily News reports that a 50-year-old employee of Leadstone USA had been crushed by two large slabs of marble. The man, who was not yet identified at the time of the report, is stated to have been using a mechanical hoist to move the stone in Leadstone's warehouse. Around 5:00 p.m., he seems to have slipped, getting caught under the marble. He suffered severe neck trauma and was pronounced dead at the scene when medical responders arrived.

That man was not the first to be crushed to death at a work site in Queens this year. Earlier that same month, a 34-year-old worker was crushed in a forklift-related accident while working construction on a future luxury high-rise. The Daily News also reported on the tragedy, which occurred while the victim and other workers were installing windows. That site has been under scrutiny since late last year, beginning with partial stop work orders in September which came after concrete sitting on plywood collapsed and a worker fell from the eighth to the seventh floor.

In early October, the site was investigated over concerns about deteriorating concrete, and a full stop work order was issued in early December when it was found that the "construction didn't conform to the plans for demolition of the 8th floor" of an existing parking garage. Work was stopped by order twice in late December, and the site currently has 37 open Environmental Control Board violations.

Sometimes, accidents happen in trouble-plagued sites; other times, they happen without any immediately apparent worksite issues. Either way, or in situations between, accidents like these can be avoided. Workers deserve to know that their workplace is safe and that proper precautions are being taken to ensure they go home to their families at the end of their shift. When a tragedy strikes because of improper training or safety management, workers and their families deserve compensation.

If you or a loved one has been the victim of a workplace accident, contact us today to learn about your options.