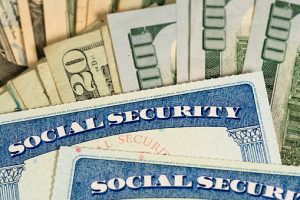 Social Security provides both retirement and disability benefits to people throughout Manhattan, Brooklyn, the Bronx and surrounding areas. There are separate trust funds for the retirement and the disability insurance program. Although both are funded by payroll taxes, unlike supplemental security income benefits, the money for the retired and disabled is kept separate.

Money for senior retirees is kept in the Old-Age and Survivors Insurance (OASI) trust fund. This is used to pay retirement benefits as well as to provide Social Security benefits for qualifying widows/widowers and eligible children who are under 18 when their parents pass away.  Money for people receiving Social Security Disability Insurance is kept in a separate DI trust fund.

In the past, when either of these trust funds have run short, money has simply been moved back and forth to provide sufficient funds. A total of 11 times, money has been shifted back and forth in both directions depending upon whether OASI or DI was facing financial challenges.

Now, the Center on Budget and Policy Priorities reports that this could change. The 114th Congress is beginning its session and a proposal is on the table that will  allow money to be transferred to SSDI only if the transfer of funds accompanies changes designed to stabilize the trust fund as a whole. In other words, no more clean transfers would be able to take place. Money could be moved only if benefits were cut or taxes were raised to create more financial stability.

The problem is, the SSDI trust fund is likely to start running out of money in 2016.  If money cannot be transferred to it, this could open the door for lawmakers to push changes to the program that likely include benefits cuts.

The change to the rules is also viewed as unfair for another reason: the last two reallocations of funds have been much more favorable to OASI while shortchanging DI. In 1983, a big chunk of payroll taxes was redirected from the disability trust fund to the old age trust fund. In 1994, this was partially but not fully fixed. Had taxes going to DI stayed the same instead of being changed in 1983, there would be no risk that the DI fund would run out of money today.

If funds could be reallocated as they have been so many times in the past, both the DI and the OASI would likely be solvent until 2033.  If no relocation happens, then OASI would be solvent until 2034 but DI would run out of money in 2016. OASI is a much larger trust fund, so it would not change its solvency very much to give DI what it needs. Yet, lawmakers don't seem to want to do it, instead preferring to set up a funding crisis that could be detrimental to the disabled.

If you are disabled in New York, contact the Law Offices of Pasternack Tilker Ziegler Walsh Stanton & Romano, LLP today by calling (800) 692-3717 or by visiting www.workerslaw.com.