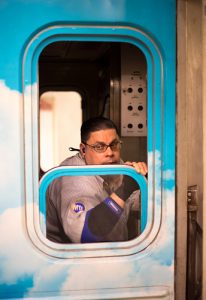 Our society works hard to make travel as safe as possible, and improvements are being made every year. These improvements are necessary because there is always something that can be done better, whether an old problem that has not been fully addressed or a new problem arising from advanced technology.

According to the National Transportation Safety Board, however, one of the largest unaddressed dangers on railroads today is something that happens far from the train - safety operators suffering from obstructive sleep apnea and other sleeping disorders while off the clock.

A History of Concern

Sleep apnea is not a new topic of discussion for the NTSB. The agency has an ongoing recommendation for railroads concerning sleep disorders that has remained open since 2012. Their recommendation, which has been issued to the Federal Railroad Association, urges that body to implement testing requirements to identify sleep disorders in railway employees in positions crucial to train safety. In their own description of the recommendation, they note that it relies in part on concerns expressed as early as 2001.

In an NTSB update on the recommendation dated February 14 of this year, they offer a summary of multiple train accidents that encouraged them to make and reiterate their recommendation. Each time, the FRA stated concern and promised to investigate and act on the recommendation. To date, the only action taken by the FRA on this matter has been an educational resource called the Railroaders' Guide to Healthy Sleep. While the NTSB ruled this an unacceptable result of the recommendation, the FRA announced last August that they would not continue formulating regulation on the matter. With the latest reiteration by the NTSB, however, the FRA has returned to promising a commitment to safety with no specific promise of action.

Prior to that summary, the NTSB released a press statement that enabled Safety + Health Magazine to review the situation and point to the two most recent accidents, both of which happened in or near New York City. The September 2016 crash in Hoboken and the January 2017 crash in Brooklyn were both found to have sleep apnea as a cause. As NTSB Chairman Robert Sumwalt stated, "the traveling public deserves alert operators. That is not too much to ask," as the sleep apnea in these cases caused train operators to become inattentive while on the clock. In separate statements, the American Academy of Sleep Medicine, the American College of Occupational and Environmental Medicine, and the American Thoracic Society agreed with the NTSB's disappointment in the FRA's response to the standing recommendation.

While the FRA dawdles in putting appropriate regulation in place, railways have a standing obligation to keep their employees and passengers safe. If you have been the victim of any subway incident, contact us today to learn how we can help.