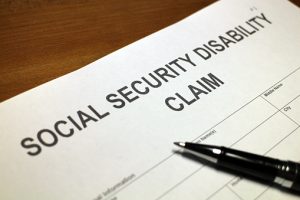 In 2012, $120 billion in Social Security Disability (SSD) benefits were paid out to nine million people. The rapid increase in the number of people receiving disability benefits has led to questions about fraud in the program, although the most likely explanation is that people are getting older and sicker. A bad job market also makes it harder for disabled people who want to work to be able to find jobs, leaving them dependent on SSD.

Unfortunately, the allegations that the SSD program is flawed have led to cries for reform and to efforts to make it more difficult to qualify for Social Security Disability benefits. Social security disability attorneys in New York are often called upon to help people get benefits because the denial rate is above 50 percent for applicants.

Rather than trying to make it more difficult for people who are sick or injured to support themselves, it is better to understand what is actually going on with the benefits program. A new article on the Metro Trends blog from the Urban Institute helps to shed more light on the issue by taking a look at different rates of benefits use among different counties.

SSD Use Differs Dramatically by County

Taking a look at the county data is revealing because it shows that counties where more than 10 percent of the population receives benefits are almost all in southern states. Three states alone, Kentucky, Virginia and West Virginia, have all 10 counties with very high beneficiary rates. In these counties, more than one out of every seven people is receiving benefits. In contrast, the counties with the lowest beneficiary rates generally were found in Colorado, Idaho, Wyoming and other Western states. Finally, Virginia was unique because it had both some of the highest and some of the lowest counties in the country.

There are several possible explanations given for the differences, including:

By understanding the factors most likely to make people turn to benefits, perhaps any modifications made to SSD can actually work to help, rather than harm, those who depend on the Social Security Administration for their income when they cannot work.