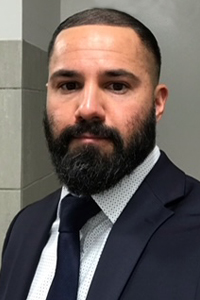 He received his undergraduate degree in Criminal Justice from St. John’s University in 2007 and earned his Juris Doctor degree in 2012 from Pace Law School. He is admitted to practice law in the State of New York and in the United States Federal District Court for the Eastern District of New York.